Milton Keynes Hospital Charity is inviting you to Be Seen In Green this June and raise money for the Cancer Centre Appeal.

The Appeal, which was launched last summer, will raise the final £2.5m needed to build a new cancer centre on the hospital site, making a huge difference to local cancer care.

Be Seen In Green, which will mark the one year anniversary of the appeal, is the simple concept of giving any fundraising a green theme. So far organisations including Fossil, St Pauls’ Catholic School, Cloudy Group, HSBC, the MK Dons, and staff from Milton Keynes University Hospital have pledged their involvement with the campaign.

Jenny Howells, Senior Community and Events Fundraiser at Milton Keynes Hospital Charity said: “This is a really fun and exciting campaign that anyone can get involved with to celebrate the one year anniversary of the appeal, and help us move a step closer to achieving our £2.5m goal. Join in the fun, and be part of Team Green this June! 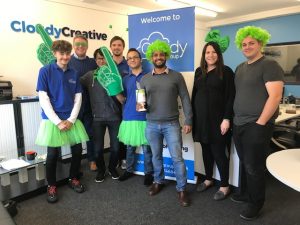 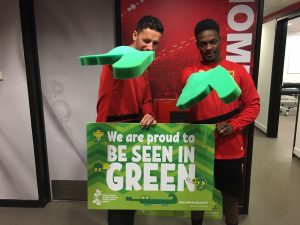