At the Mayor’s Civic Reception on Friday (March 6), Cllr Sam Crooks announced his plans to personally fundraise for the cancer centre, which opened its door to patients this month. The charity is already one of his mayoral charities for the year.

Now Cllr Crooks will be fundraising for a specific element of the new cancer centre – a comfortable couch for one of the new interview rooms.

Says Cllr Crooks: “It may sound like a simple thing, but the couch is about providing a comfortable chair for a patient and their family member or carer, to sit together and share news of test results, good news – or bad. It’s about making them much more comfortable at such an emotional time.”

Cllr Crooks says fundraising for the new centre means a lot to him personally. He says: “I’ve had people in my family die from cancer. I’ve also spoken with numerous people in the area I represent who have been affected – and that’s the thing; cancer can affect anyone.”

To support the Mayor of Milton Keynes in his fundraising, people can make a donation by visiting his JustGiving page: https://www.justgiving.com/fundraising/mayor-of-milton-keynes-mkhc

The charity is still fundraising for elements of the building – including new artwork and landscaping for the courtyard and chemotherapy gardens. 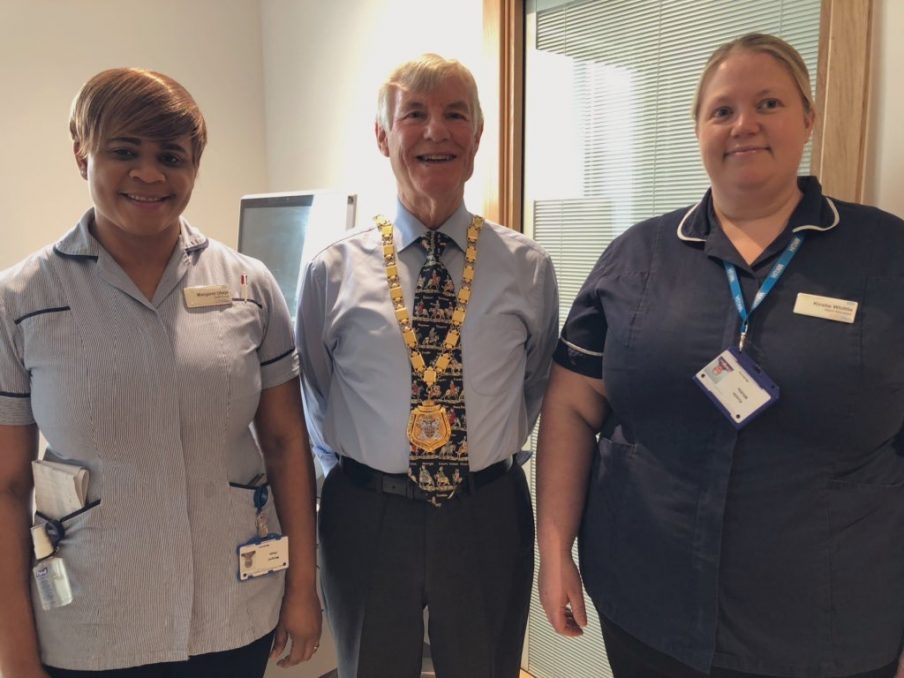